Looking for an alternative to phalaris?

Q. What is Flecha tall fescue?

A. Flecha is Mediterranean tall fescue cultivar, meaning it is winter active. Flecha will provide you with great amounts of quality feed during autumn, winter and spring but being winter active does not actively grow during summer if rains occur. Being a tall fescue means Flecha is a deep rooted plant that can handle varying climatic conditions and persist in varying soil types from loams through to heavy clays. Flecha can even be productive in low rainfall environments down to 400mm annually and tolerates moderately saline soils. The best fact about Flecha is its persistence, far superior to perennial ryegrass (summer dormant).

Q. So it’s persistent, but is it palatable? Will my animals like it?

A. Flecha can be very palatable if managed correctly. It is not a ryegrass. Therefore, it must be managed for what it is- and that is tall fescue. Quality is a reflection of leaf softness. Tall fescue generally has tougher leaves than perennial ryegrass due to higher lignin levels in the leaf. As tall fescue can grow at rapid rates, leaves can become old and tough, and as a result animals are less inclined to graze these preferring to seek fresh, new growth. Therefore, if you are able to keep Flecha short (below 12cm in height) but maintain residuals of around 5cm you will be able to maintain soft leaves and ultimately increase palatability. 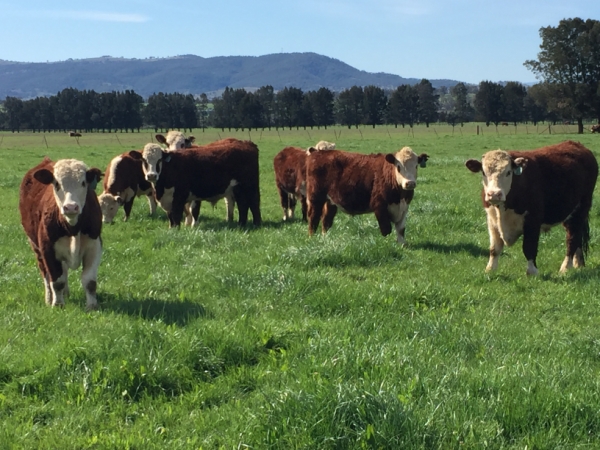 Q. I have fat lambs and Angus steers. Is this alright for both livestock classes?

A. Flecha is suitable for sheep, beef and dairy. Once established, Flecha can handle the hard, close grazing of sheep. Flecha can also fatten beef cattle when it’s actively growing through winter and spring, and also maintain animals over late spring and early summer with the dry residuals.

Q. My ewes often get staggers on my phalaris paddocks in autumn and I have had staggers on perennial ryegrass before. Will this be an issue with Flecha tall fescue?

A. Animal staggers is not an issue when grazing tall fescue unlike phalaris and some perennial ryegrass varieties. Staggers can be of great concern with phalaris and ryegrass after the autumn break as a result of rapid growth and a spike in concentration of toxins in the lush growth. If you had Flecha tall fescue in your grazing rotations, you would be able to graze Flecha first and then later graze your existing phalaris stands once they have less concentrated levels of toxins. Traditional phalaris stands like to be spelled during late spring- early summer, so Flecha would also be beneficial at this time of year.

Q. What sowing rate of Flecha do I need, and can I mix clovers with it? What about perennial ryegrass?

A. Flecha is similar in seed size to perennial ryegrass (400,000 seeds/kg compared to diploid ryegrass 500,000 seeds/kg) so you will need a similar sowing rate. For a pure stand of Flecha you will need anywhere from 12kg/ha in 400mm rainfall environments, up to 20kg/ha in 650mm rainfall environments. Clovers are definitely recommended to be mixed with Flecha tall fescue. Addition of clovers- predominantly sub clover but balansa clover, white clover or strawberry clover may be used in specific situations- will aid in nitrogen fixation and improved animal performance. Stephen Pasture Seeds have a ready mixed blend called SPS Winter Active Fescue Mix containing Flecha, Riverina and Coolamon sub clovers, often sown at a rate of 20kg/ha. Perennial ryegrass is not recommended to be sown with Flecha as they establish at different speeds and will need to be managed differently. Perennial ryegrass is quicker than Flecha in establishment resulting in increased competition for sun light, nutrients and water. Flecha is more persistent then perennial ryegrass and such a mix would only create spaces for weeds as the perennial ryegrass fades out.