As we move towards the sowing season for cereal and broadacre crops, we are able to introduce some new varieties to the market including Kittyhawk, Mustang, DBA Vittaroi and DBA Bindaroi wheat as well as RGT Planet Barley.

With the unusual weather that has been around this season many production crops for cereal and broadacre varieties have been effected. Unexpected rainfall in many areas of the country paired with late frosts has impacted on the success of some seed crops.

With production crops spread across a broad geographical area from Moree to Forbes, Deniliquin and Keith we have alleviated some of the weather related risk and have good opening stocks of these varieties available.

LRPB Mustang is a new release variety. It is a quick maturing main season planting variety like Spitfire, and has shown increased yields over Spitfire of between 6 to 12%. LPBR Mustang also has a shorter canopy which makes stubble handling much easier. In New South Wales and Queensland it has APH quality classification and will suit main season growing areas. It has excellent major gene resistance to Stripe Rust (R-MR). It has also coped well with Crown Rot (MS-S) and RLN (MT-MI) in tough seasons in the north.

DBA Vittaroi is an early to mid-maturing variety especially suited to irrigation production in New South Wales and Queensland. It has shown a higher yielding capacity than EGA Bellaroi under irrigated conditions. DBA Vittaroi also matures approximately 7 days earlier than EGA Bellaroi and other advantages of DBA Vittaroi are that it has superior grain, semolina and pasta making qualities. The variety has also shown good resistance to all three rusts and performed well under high input irrigated agronomy. The variety also has low screenings similar to Jandaroi and superior to EGA Bellaroi. DBA Vittaroi has a suggested sowing window of mid to late May to the end of June.

RGT Planet barley is a high yielding mid-season variety which has malt potential and is currently undergoing malt classification in Australia. RGT Planet has a very good straw strength and reduced risk of lodging. RGT Planet has good disease resistance to mildew.

The availability of newer varieties of wheat and barley that have been developed for specific growing regions with improved grain yields, grain quality and better disease resistance profiles will provide producers with more choice as they look to improve returns and reduce risks. Kittyhawk wheat provides grain and graze options for those with livestock, irrigated durum growers now have a variety with a better agronomic fit with DBA Vittaroi. Growers are also encouraged to try other varieties like LRPB Mustang and RGT Planet barley to compare against their currently grown varieties.

Kittyhawk wheat has a similar maturity to the widely grown winter wheat Wedgetail. The varieties tend to have a heading date within a couple of days of each other, comparing the two in warmer conditions Kittyhawk is a few days quicker to head than Wedgetail. In cooler areas particularly into Victoria and SA Kittyhawk has tended to be a few days later. It is high yielding and has Australian Hard (AH) classification in Southern Zones (VIC/SA) and Australian Prime Hard (APH) in the South Eastern Zone (SNSW). 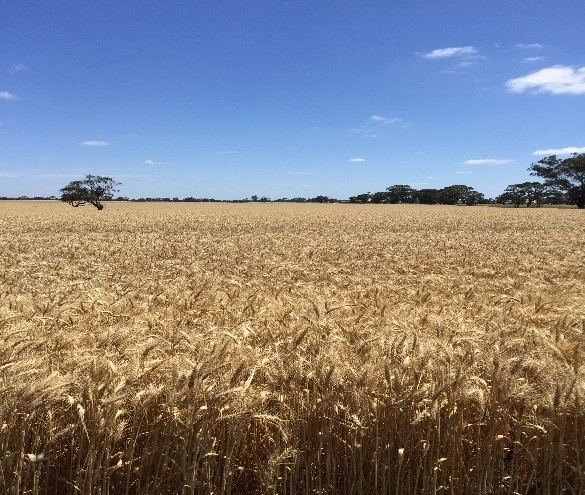