The shift to sowing Italian ryegrass from perennial based pastures on a northern Victorian dairy farm has increased profitability. With the rising cost of water impacting irrigated dairy’s profitability, farmers are now looking to sow higher yielding high-quality pasture species which typically use less water. Italian ryegrass species, such as Knight and Thumpa, can produce as much feed per hectare on an annual basis as a perennial ryegrass when November - March moisture is restricted. Current trends of irrigating once or twice in autumn and again in spring allows all feed to be grazed or conserved in a narrower window. Because Italian ryegrasses die under typical northern Victoria summers, they are not irrigated and resown the following season. The water that is saved can be used on more efficient species like forage sorghum, chicory, corn or brassica. This practice allows for large savings in water use without compromising the total feed grown per year. 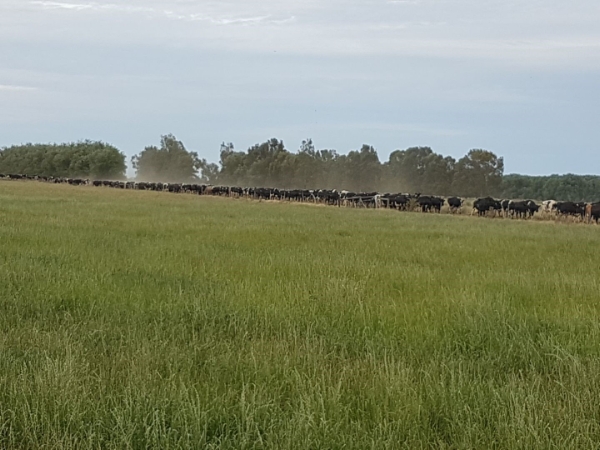 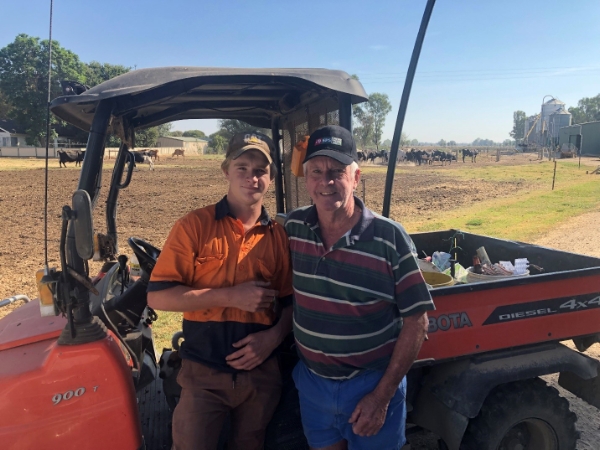 Jai Heap and his pop, Gary Heap on the family farm.
The Heap’s dairy farm, near Cohuna, has been farmed by the family for five generations. During this time, they have witnessed vast changes in the way ryegrass based dairy pastures are managed. From Joseph, to Harry, to Gary, to now Jason and his son Jai, this family has dairy farming in their blood. Each generation has had their own challenges, and the challenge Jason and his wife Lorelle are now facing is the price of irrigation water, it is changing the way they farm.

Jason’s dad, Gary Heap or ‘Pop’, as Jai calls him, explained a very simple philosophy, he believes “water and land go hand in hand”. Unbundling of water rights attached to land has allowed investors to enter the water market, the resulting water price has forced change in the way farms manage their pastures. Gary continues “my father Harry milked 30 cows and started in 1929 using no irrigation, I milked 100 cows on about 300 ML for the year. Now Jason with around 600 -700 cows going through the dairy he uses over 1200 ML /year to produce the amount of feed required. We have had to adapt to growing improved pasture varieties on less water.”

Autumn is not only calving time, it’s the farm’s busiest time, annually sowing Italian ryegrass which is the main component of their dairy feed ration for the year. Only 20 years ago, Gary’s system relied on 100% perennial ryegrass for feed and this required irrigation all summer. Now the pastures are high performing Italian ryegrasses which produce as much feed (or more) and only get irrigated for 4 months of the year.

Dairy farming in northern Victoria today is all about maximising yield and quality feed and using water efficiently. Fodder conservation has become the key to providing a balanced ration all year round. The Heap’s make pit silage using Italian ryegrass pastures and corn to give them adequate feed reserves for the season. The seeder, mower and feed-out wagon have become an integral part of the daily chores for Jai.

“Over summer we now have 40ha of Greenfeast corn planted hoping to produce 800 tons of corn pit silage for feed rations throughout the year. We graze about 30 ha of sorghum over the summer months which was traditionally all perennial ryegrass grazing. With temporary water prices around the $500/ML we have decided to start sowing our annual pastures two weeks later this year hoping to save about 200 ML of water or $100,000.”

We have been sowing over 300 ha of Italian ryegrasses now for over 5 years which give us feed right through until December and that’s important to get the quality grass fed component of their diet which holds milk production at a higher level. 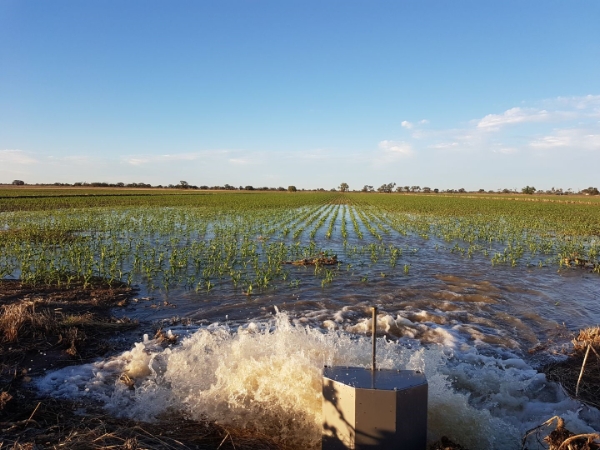 A corn field being irrigated 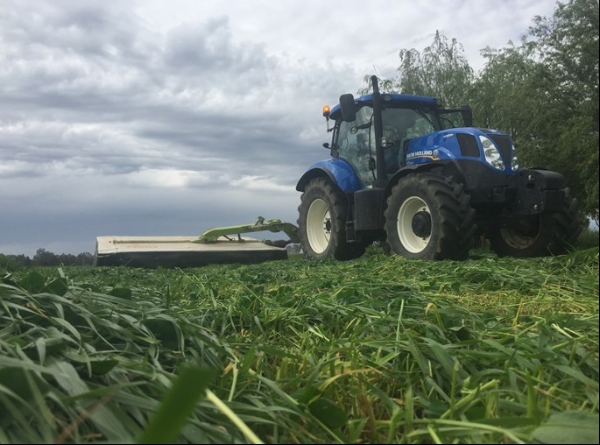 “We have just sown SPS Italian Stallion short-term blend which has 3 different late flowering Italian ryegrasses, Knight, Thumpa, and Asset. We always add Shaftal clover to our mixes to provide additional protein to the diet either in the paddock grazing or fed as silage. We are targeting 12-14 tons of dry matter per hectare and budgeting for only 6 ML of water to achieve this. We need to grow at least 2 tons for every megalitre of water to make it worthwhile in this current climate” Jason said.

“We plan to increase our plantings of Titan 5 lucerne as well this autumn to provide additional high-quality protein hay to the diet. Lucerne is another option which can give us high production around 2 ton of dry matter for every megaliter of water we irrigate”

As farming continues to evolve it is important to look to advances in plant breeding, as the Heap family has done in northern Victoria to maintain on farm profitability. Planting new generation Italian ryegrass varieties such as Knight, Thumpa and Asset, has allowed the Heap’s to make the most of their limited water resources in tough times, producing more feed in a shorter growing window. 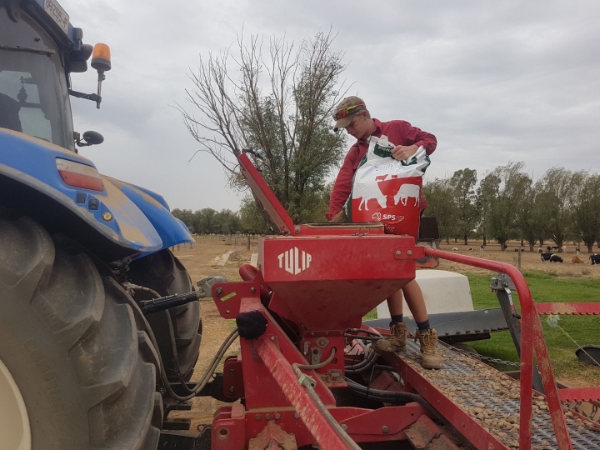